Everything You Need to Know About Collateral Stacking

An extremely important and often overlooked component when considering a loss sensitive (high deductible) vs. a guaranteed cost program is the collateral requirement and the stacking of collateral over multiple policy years.

There are a number of factors taken into consideration by an insurance company when determining the appropriate collateral requirement, with the two most important factors being a forecasted loss pick and a review of the insured financial status.

For illustrative purposes, let’s assume the insurance company is requiring $1,000,000 in collateral at policy inception in 2015. Assuming a “typical” distribution of claim payouts, generally 25% of anticipated claims would be paid out after the first year of the policy; thus $750,000 in financial exposure would remain at the beginning of 2016. The below graph illustrates how the insurance company’s financial exposure gradually decreases over time as all losses are paid out over a seven-year period for this example. 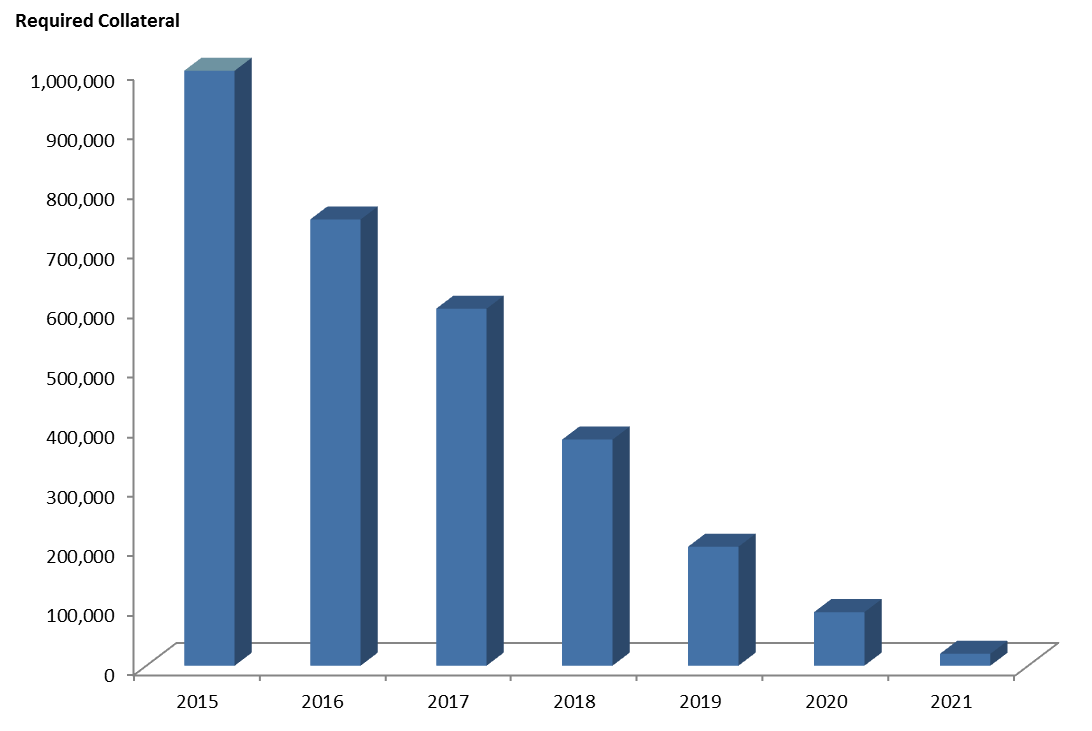 It’s critically important for insureds to understand that each new policy term stands on its own. A collateral requirement is determined for both the new policy term and the expiring term which highlights the concept of collateral stacking.

Using the same example above, all things being equal, for the new 2016 policy year the insurance company calculated a collateral requirement of $1,000,000. However, after the 2015 term has expired there’s still $750,000 in exposure remaining for the 2015 policy. Thus when the two terms are added the insurance company exposure and total collateral requirement increases to $1,750,000. When entering into any loss sensitive program that might be requiring collateral, it’s very important that you review this concept of collateral stacking with your insurance professional and have a clear understanding of how this will impact your business. Have further questions? Contact us.