Healthcare providers nationwide, which include nursing homes, hospitals, home health agencies, durable medical equipment suppliers and any other provider or supplier that bills Medicare Parts A and B, are subject to federal government mandated audits.

At the direction of Congress, Recovery Audit Contractors (RAC) have been assigned to detect and correct improper payments in the Medicare Fee Service program. They perform automated and complex claims reviews, as well as conduct pre and post payment reviews. In addition to studying medical records, RAC auditors also search for billing patterns that appear higher than the majority of providers in the community.

The program is now implemented in all 50 states and is justified as a way to find and prevent waste, fraud and abuse in Medicare.

With every $1.00 spent on fraud/overbilling investigation, the Federal Government collects over $7.00.1 This return has led the Obama Administration to increase the Medicare Fraud Task Forces from two to nine, which would further escalate the number of Federal investigations for health care providers. In 2011 alone, the Federal Government recovered $4.1 billion in health care fraud and Medicare overpayments.2 Because RAC program auditors are paid on a contingency fee basis (between 9-12%) for any money recuperated, they have an extra incentive to locate inconsistencies.

There is coverage available to health care facilities to combat the financial damage that can be caused by RAC audits. Medefense Plus covers legal or audit expenses, as well as fines and penalties from billing errors instituted against the insured by a Governmental Agency. With fines and penalties reaching hundreds of thousands of dollars, the average amount an insured saves when this coverage has been triggered is $80,000.

Claim Scenario #1
A large health care system self-disclosed its conduct to the OIG for allegedly billing Medicare for services that were medically unneccesary.

A physical therapy clinic allegedly submitted false/fraudulent claims for services over a two-month period when there was no licensed physical therapist on staff, in addition to submitting upcoded claims for individual therapy services under incorrect CPT codes when those claims should have been submitted under a specific group therapy CPT code.

1. Department of Health & Human Services, February 2012. 2. Statistic courtesy of USA Today (February 15, 2011) and Kitch Attorneys & Counselors. 3. Claim Scenarios are from NAS Insurance and distributed on capphysicans.com, which is a cooperative and wholly-owned subsidiary of the Cooperative of American Physicians. Link: http://www.capphysicians.com/node/86 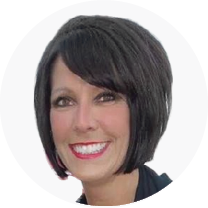