Terrorism Insurance for the Construction Industry

Probably no fewer than ten times per year, a client will ask me, "Should I buy TRIA?" Before answering that question, we probably need to take a step back and quickly recap what TRIA actually is. TRIA, the Terrorism Risk Insurance Act, is legislation passed by the federal government in response to the terrorist attacks of September 11, 2001. The total property damage as a result of the attacks is estimated to be between $40-50 billion dollars. In the months that followed, rates for Terrorism insurance skyrocketed and insurance carrier appetites for the coverage evaporated, making the coverage difficult and costly to obtain.

TRIA legislation required all insurance companies to offer terrorism coverage. It helped to keep rates for insurance buyers down by using federal funds to serve as a backstop in the event of a catastrophic loss and put a hard stop on the aggregate loss dollars that the insurance industry has to pay in claims. There have been plenty of quality articles detailing how the insurance industry and federal government split the bill on terrorism claims and what qualifies as a claim that the TRIA program will help cover. I won't presume to be able to add anything new to the technical part of the discussion there. Frankly, how insurance companies and the federal government split the bill doesn't really affect policy holders. However, one thing I will note is that TRIA has a hard stop at $100 billion dollars in damages that the insurance industry and federal government combined will pay as a result of a terrorism claim. Any damages that exceed that would go uninsured.

Based on the above, policy holders don’t "buy TRIA," so much as you either choose to buy Terrorism insurance or not to buy it, while TRIA itself is a government program that helps to keep terrorism insurance affordable. So now that we know a little background on TRIA, should you be purchasing it?

For construction companies, that largely depends on the space you're in and the customers you have. Contractors working on high profile jobs in major metro areas such as a federal building, stadium or town hall in Chicago, should strongly consider buying Terrorism insurance for their general liability and umbrella policies. For environmental and infrastructure contractors working on energy, bridge or tunnel projects, it's strongly recommended that you buy terrorism for your general liability, environmental and umbrella policies. These types of projects make for the kind of high profile targets that are most desirable for would-be attackers.

The logic behind purchasing terrorism on a liability is that you don't have to have conspired to commit a terrorist attack in order to be found liable for the damages. Unfortunately, I’ve seen business owners sued by illegal trespassers who injured themselves in the act of committing a burglary because enough wasn’t done to keep the trespasser out. Along these same lines, it’s certainly possible to be found liable for damages from a terrorist attack for failing to secure a jobsite from external threats.

For answers to questions or additional clarification, the ‘A’ Team is here to help. Contact us today. 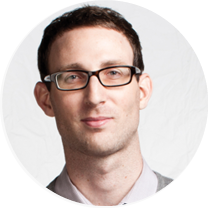 Blake Croson is a Vice President at Assurance bringing more than 10 years' insurance experience. Blake's expertise is in property and casualty insurance for construction companies, and he focuses on providing consultative risk management and insurance solutions that lower the cost of insurance and minimize risk. Blake received his Bachelor of Arts degree in Political Science from the University of Illinois at Chicago. He also earned the following designations: Associate in Risk Management (ARM), Construction Risk Insurance Specialist (CRIS), Associate in Insurance Services (AIS) and Chartered Property Casualty Underwriter (CPCU).
Print View