The ACA includes several fees that insurers and employers are required to pay to help support various aspects of healthcare reform. One of those fees, the Patient-Centered Outcomes Research Institute or PCORI fee, is a relatively minor fee, but is structured in a way as to cause some confusion about who it applies to, and when it is to be paid.

The PCORI fee is paid via IRS Form 720, the Quarterly Federal Excise Tax Return. Because Form 720 is filed on a quarterly basis, the timing for paying the fees is somewhat confusing. Typically, the payment is due by July 31st of the year following the last day of the policy or plan year. One key difference for this year, as the PCORI fee is winding down, is that it appears as though the remainder of the fees will be due on Form 720 by July 31, 2019. In some cases, this will mean that employers will have to determine the proper calculation prior to the plan year ending. The instructions for form 720 and the form itself can be found at http://www.irs.gov/uac/Form-720-Quarterly-Federal-Excise-Tax-Return.

The below chart will be able to assist employers in understanding what their applicable fee is based on plan year and the fees currently released. 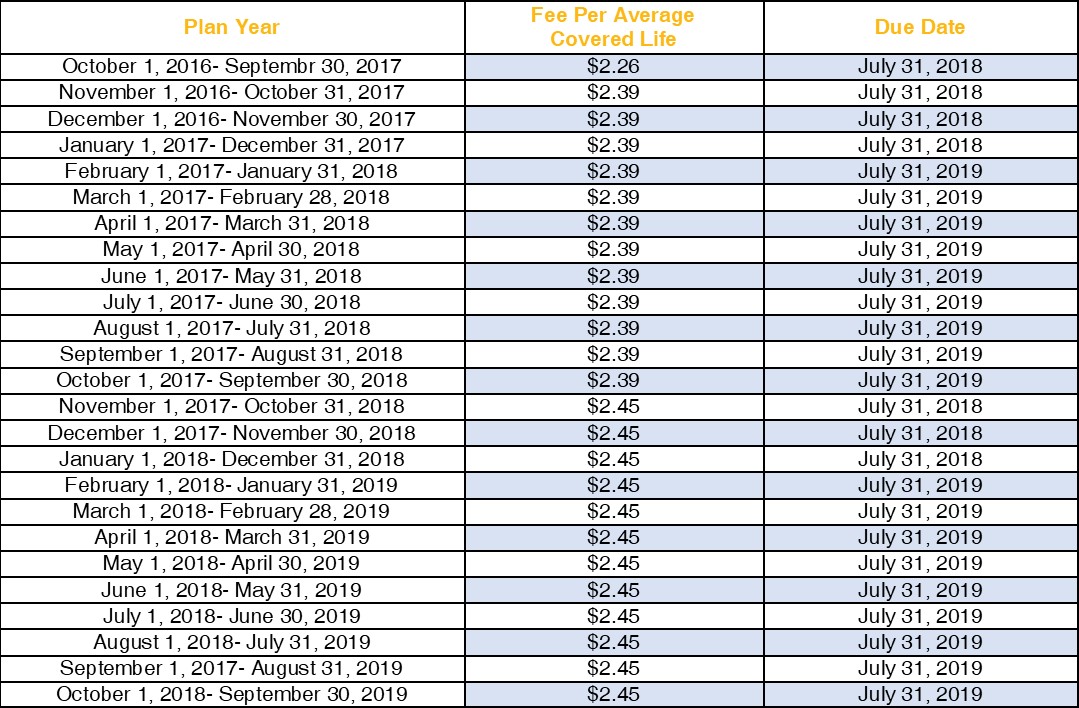 PCORI fees are paid by the carriers for fully insured plans, whereas it is the responsibility of self-funded plans to file and pay the PCORI fee themselves utilizing Form 720.

This notice is informational only.

Questions? Reach out to your Assurance representative.

Information contained herein is not intended to constitute tax or legal advice and should not be used for purposes of evading or avoiding otherwise applicable regulatory responsibilities as issued by the federal or state government(s) and/or taxes owed under the Internal Revenue Code. You are encouraged to seek advice from your legal or tax advisor based on your circumstances.